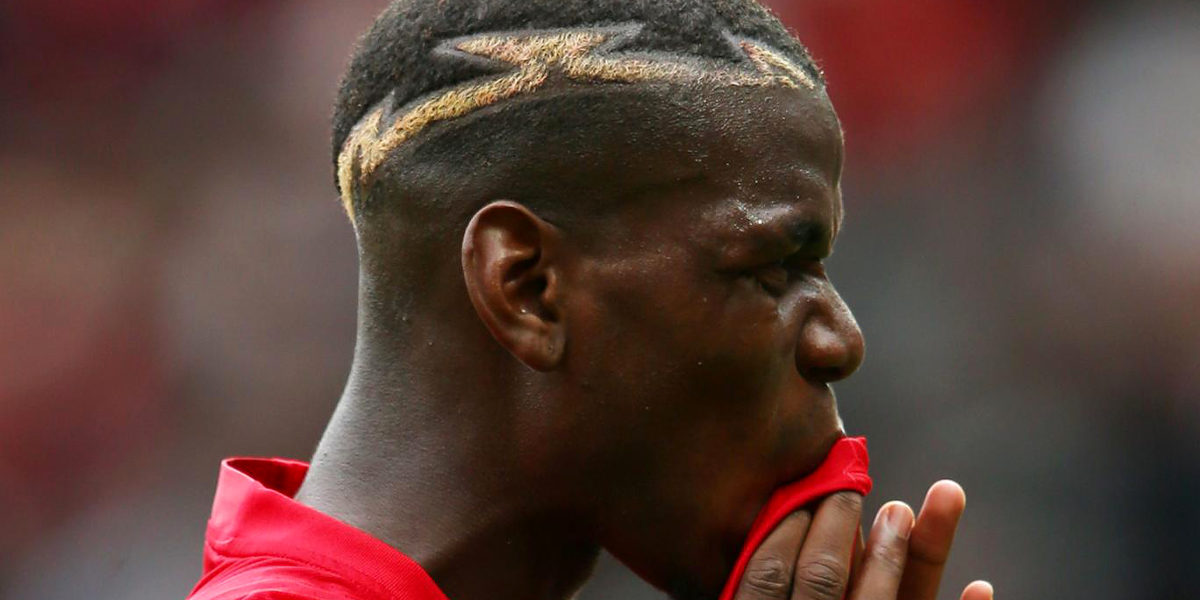 Paul Pogba, the new Manchester United signing, failed to show up for the derby against Manchester City and was rated among the worst performers of the evening. This prompted a hurricane of criticism against the biggest-ever signing in football. Question is, is this temporary or the player who reached Champions League finals with Juventus will start performing for United?

The 23-year-old has so far been a flop, releasing music videos, changing hairstyles, and generally acting like a pop star – which he would be forgiven for if he was capable of winning a tackle in a football match. In fact, he won 32% of his tackles against Man City.

“The season is just starting, we don’t lose, we learn,” Pogba told fans on Instagram. “United we stand.”

His free signing team mate was quick to come to rescue. Zlatan Ibrahimović told Eurosport: “All the jealous people talking about him will swallow all of the words they have said about him. He will only improve and will get everyone behind him.”

However, the critics seem to have lots of arguments. Jamie Carragher had something else to say of Pogba’s performance: “For a central midfielder in a game of that magnitude, I think for the first 40 minutes it was one of the most ill-disciplined performances you will see,” the former Liverpool defender said on Sky Sports’ Monday Night Football. “The only way to describe it was like watching the best player in the schoolyard that runs where he wants and does what he wants.”

It was obvious to any spectator that Manchester United’s defensive midfield was strikingly empty and that even the likes of Watford or Middlesbrough don’t leave that space unattended. Pogba did, and that’s the sole reason why Kevin De Bruyne could rampage through United’s defence and eventually earn himself the man of the match award.

“In Juventus he played either in a diamond, tucked in on the left, or in a 3-5-2 – like when he had Andrea Pirlo and Claudio Marchisio giving him that freedom, because defensively he is poor.”, Carragher said.

Jermaine Jenas added to this, also saying Pogba is not a defensive midfielder and that he’s not worth £89m if United play him out of position.

“In his best years at Juventus the Frenchman played in a three-man midfield, first alongside Andrea Pirlo and Arturo Vidal, and more recently alongside Sami Khedira and Claudio Marchisio. The things these players have in common is that they are all comfortable taking responsibility in the deeper areas of midfield, which meant Pogba was commonly given freedom to push forward as he pleased.”, Jenas said.

“If United were prepared to pay £89m for someone to marshall their midfield, then why not go and spend it on Luka Modric? He’d do the job far more effectively than Pogba and cost less money too.”

“Pogba needs to play in a three, with at least one defensive midfielder behind him – and again, United have players like Morgan Schneiderlin, Ander Herrera and Michael Carrick who can do that. You’ll note there isn’t room for a number 10 in that formation, and that’s the headache United have given themselves by buying Pogba.”, Jenas concluded his tactical analysis.

Meanwhile, Juventus chief Giuseppe Marotta has revealed that the real reason behind selling Paul Pogba to Manchester United this summer was purely based on the player wanting a “new adventure”. It was Jose Mourinho who did the convincing. “Oh! It was hard to convince him,” Mourinho told Goal. “I had many [conversations] on the phone, lots of SMS.”

But the love story didn’t start well. Jose Mourinho and Paul Pogba are the two worst-performing Manchester United employees at the moment and they need to find a way to produce goals and defensively solid performances. The key will be finding a position for Pogba, and in 4-2-3-1 with Rooney as the number ten there isn’t one. Mourinho might have to do some tinkering and perhaps go for 4-3-3 as that’s what Pogba needs in order to flourish. Fellaini, Pogba, Herrera might be the answer.

Manchester United play their next game at home against Bournemouth on Saturday, and, with the club not taking part in European competitions this season, Mourinho will have plenty of time to come up with a solution to this burning problem.

According to EU regulations you can get a full refund within 90 days. Call Juventus. Ask them to take #Pogback

Update on 15/09: Mourinho seems to have read our article and decided to give Pogba a three-man midfield with him as a front man against Feyenoord in the Europa League. The midfielder failed miserably. He was once again the kid in the playground attempting to do flick-ons to beat two defenders at a time. And failing, because that’s not how you play football. Hence our popular tweet above which you’re free to retweet and heart.