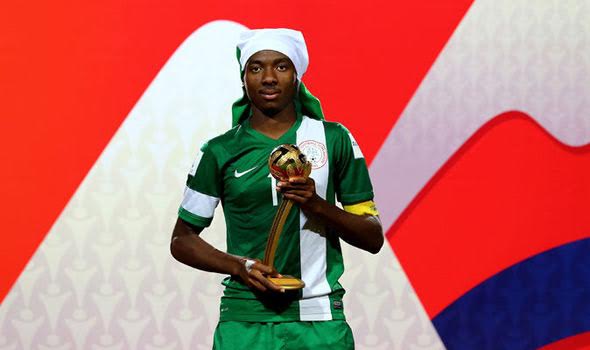 Nigerian midfielder Kelechi Nwakali is in talks with Arsenal over a possible January move to the Emirates according to his agent.

‘We have been in touch with Arsenal,’ explained Klay Ekeocha.

‘There has been no feedback [or bid] as yet though.’

Nwakali was the standout player during the U-17 World Cup in Chile winning the Most Valuable Player Award while captaining Nigeria to victory.

Arsenal however is not the only side following the gifted teenager, who bases his game on Manchester City’s Yaya Toure, but Chelsea, Udinese and Olympiacos have also made contact with Ekeocha over his client.