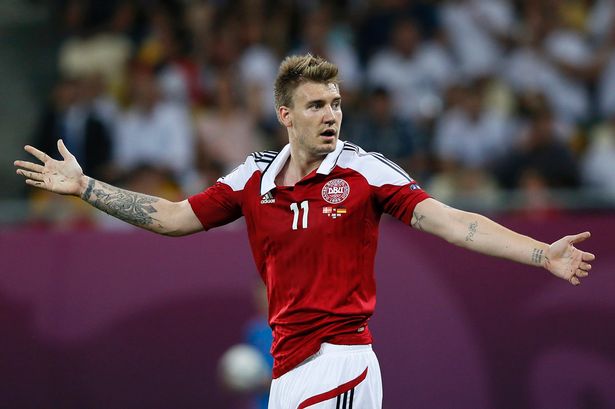 If you had to choose between having Wayne Rooney in your team or Nicklas Bendtner, the choice is obvious as everyone would choose the England striker, and the always in trouble Dane.

Wenger though seems willing to forgive the Danish international bringing him back into the team in the hope that he plays well enough for the 63-year-old Frenchman not to have to go shopping in the January sales for a new striker.

During the summer Wenger went after Rooney, Higuain, and Liverpool Luis Suarez to no avail, and now seems ready to give Bendtner another chance.

The 25-year-old Bendtner looked to be on his way out of the Emirates this summer, but Wenger said: “He was supposed to go, but he stayed, and once he stays you have to consider him.

“He lost his way a little bit, but he is not a bad boy. He took the easy way a little bit but now he realises there are some signals in your career when players think that is the moment for them. He has got the message.”

When quizzed about interest still in Rooney, Wenger said: “I don’t know. I will wait until December.”