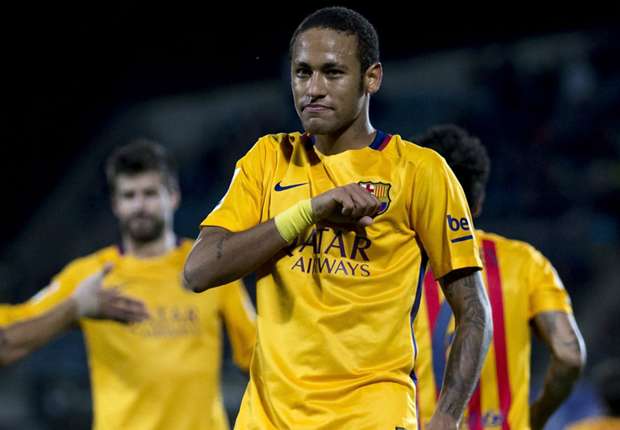 Manchester United’s hopes of signing Barcelona forward Neymar have been given a huge boost after the Brazilians father suggested his son could end up leaving Spain due to his on-going problems with the tax man.

The 23-year-old world star is leading La Liga in goals this season with 11 after having taken a leading role at the club following an injury to Lionel Messi.

Yet despite the banner season he is having, it has not stopped the Brazilian tax authorities from freezing his £31.3 million back account three times.

United made approaches to the Catalan giants over the summer and may well make a formal approach for Neymar in January now that his father has said the tax fiasco could force his son to leave the Nou Camp.

‘We are talking about a renewal, but we need to solve some things,’ said Neymar’s father.

‘We need to know if Spain accepts our situation. It’s hard for us because we are receiving many attacks, from Brazil and from Spain. Neymar is a star and works his image here and from Brazil.

‘We’re talking to everyone to know what to do with this matter because we don’t want to be in Spain two, three, four, five or ten years and then we are caught by surprise by saying that our structure is wrong. We need to know if things are right for us.