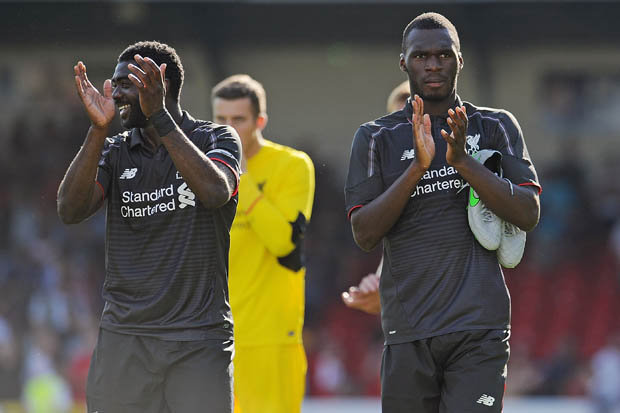 Liverpool manager Brendan Rodgers has predicted big things for new signing Christian Benteke at Anfield after having watched the big Belgium score a scorcher of a goal in yesterday’s pre-season friendly at Swindon Town.

The £32.5 million signing from Aston Villa wasted little time showing Liverpool fans what they can expect from his this season scoring a brilliant volley on his debut game to help give Liverpool a 2-1 win over Swindon town as the Reds prepare for next weekend’s opener away to Stoke City, a team that humiliated the Reds during their last match of the season sending Brendan Rodgers on holiday with a 6-1 thrashing at the Britannia Stadium.

Kop boss Rodgers said: “He scored a wonderful goal and considering he’s only been back in training for just over a week I thought he looked really good.

“Whether it’s a pre-season game or a league or cup game, You won’t see too many better than that. I was really impressed with him.

“For me he’s absolutely perfect in terms of how we work. I think he’ll show that he’s got the capacity to add something else to our game, which is that aerial threat.”

Have a look at the goal below, and tell me you wouldn’t want to see more goals like that from the 24-year-old.