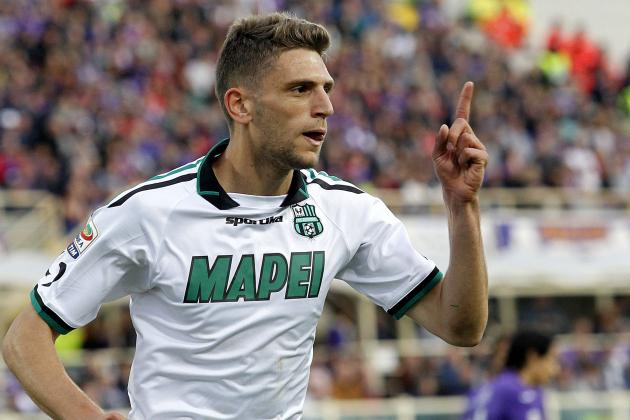 If there is one area Manchester United must ensure they bolster in the transfer window this summer, that area is the striking department. With only Anthony Martial and Wayne Rooney as the club’s only strikers and Rooney like he is gone past his best days, United could do with the signing of another striker.

And it appears the deal makers at the club understand the need for a new striker. For according to various reports in the media this week, Manchester United are ready to make a bid of £19.7 million for Sassuolo 21-year-old striker Domenico Berardi.

Berardi was formerly co-owned by Juventus and Sassuolo before Sassuolo exercised their rights and bought his full rights from Juventus last summer but that was after Juventus inserted a buy-back clause in his contract.

Berardi scored 16 Seria A goals in 2013/2014 season, 15 goals in 2014/2015 season but has struggled this season scoring only seven. Sassuolo President Giorgio Squinzi has revealed to Sole 24 that rumours of a deal to sell him to Juventus in the summer are false and far off from the truth. Squinzi stated, “Nothing has been defined
with Juventus. The highest bidder will be the favourite to sign him.”

The striker is an Italy U-21 and has been linked with Liverpool, Manchester United, Inter Milan and Juventus who view his £19 million fee as a great bargain considering his age, experience and resale value.