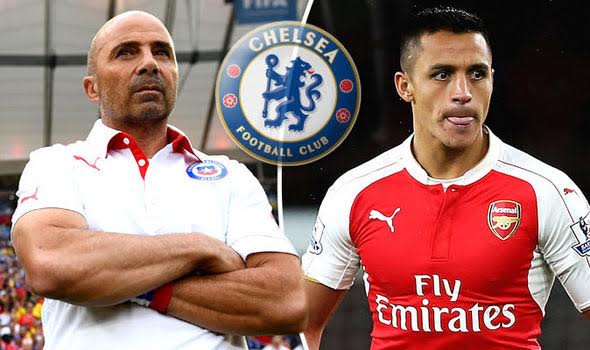 Chelsea manager in waiting, Argentinean Jorge Sampaoli is according to the Sunday Express busy learning English before taking over from Guus Hiddink at Stamford Bridge next summer, and that his first move will be to go after Arsenal forward Alexis Sanchez.

The 55-year-old trainer is now a free agent after ending his tenure as the boss of the Chilean national team following their success in winning the Copa America, and is now being singled out as the man to become Chelsea’s next manager.

The paper quotes Spanish football websites earlier story linking Sampaoli with Chelsea where they claimed he would immediately go after Sanchez should he get the job at Stamford Bridge.

The truth to the matter is that Arsenal would never in a million years consider selling Sanchez, and especially so to a Premier League rival.

What this all in fact probably means is that given so little news as we enter the final hours of the January transfer window, the Express is finding it hard to come up with any real news.