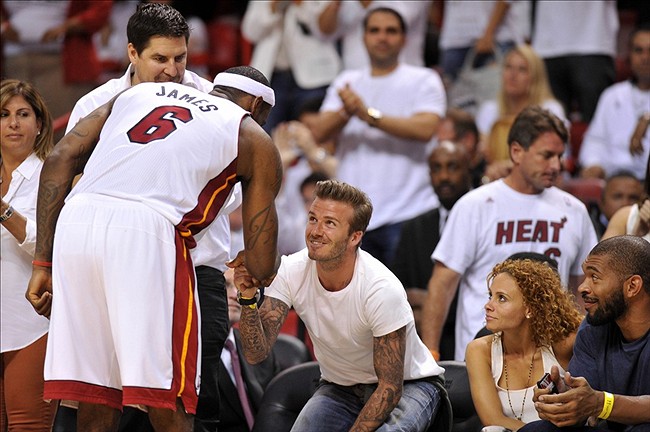 Miami Heat centre Lebron James has been having talks with David Beckham about bringing a Major League Soccer franchise to south Florida.

Already a close friend of David Beckham, James is no stranger to the world of soccer already owning a minority share of Liverpool F.C.

“There’s some interest on both sides,” he said.

“David has become a good friend of mine over the last few years. I think it would be great for this city to have a football club for sure. There’s interest on both sides but its preliminary talks.”

The former L.A. Galaxy player Beckham was offered a cut price deal on a soccer team in the U.S.A. as part of the conditions that took him to Los Angeles, and is now trying to put a team together in Miami with the help of James who believes the city would welcome the new team.

“The research is still being made out,” he said. “I think it could be huge. You never know.

“I think this is a great town for soccer. There’s a lot of soccer players, there’s great youth soccer players here and people love the city as well. That definitely would help.”

James first got involved with soccer in 2011 after partnering with Liverpool owners the Fenway Sports Group in a marketing deal.

“I’ve grown a great interest in watching the game and learning the guys,” he said. “It’s a pretty intense sport. My kids love it as well.

“I’ve grown to the point where I know exactly what’s going on when I’m watching the game.”