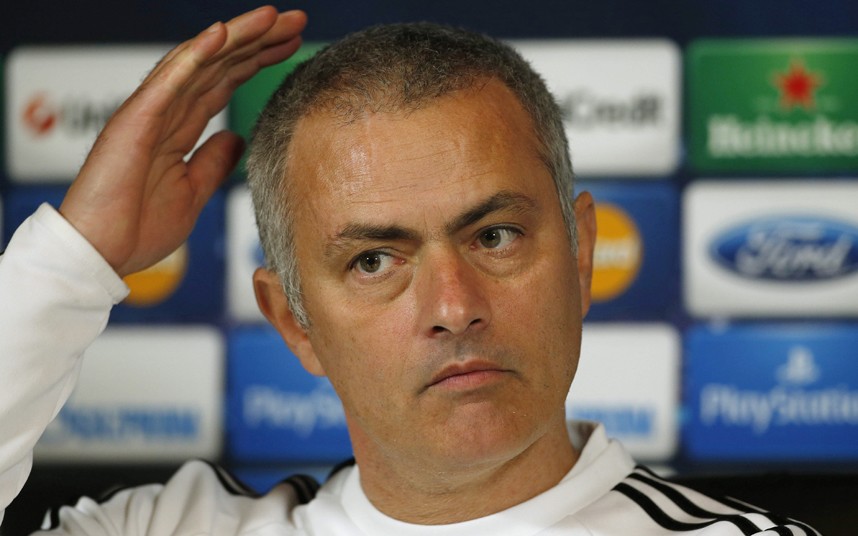 Chelsea boss Jose Mourinho has said that he has no plans to alter the teams make up to one that puts more emphasis on defence despite conceding six goals in their last two games.

The Portuguese manager however joked that his side were so bad at defending corners a dummy player used on the training ground could probably score.

Mourinho was speaking ahead of the Champions League clash against Steaua Bucharest at Stamford Bridge on Wednesday night, with the Blues boss saying he has no plans to alter his defence.

“Am I going to change the style of play?” he said. “(Bring in) more defensive players? No.

“Am I going to play David Luiz in front of the central defenders? No.

“We go in the same direction. We are creating a lot, we have to score goals and kill opponents.

“You can tell me ‘but you lost when you scored two goals away (at Stoke on Saturday)’. I know, because, at the same time, we are conceding goals defensively.

“Maybe you laugh but I think, in this moment, if we train defensive corners, against the dummies, I think one dummy will score!