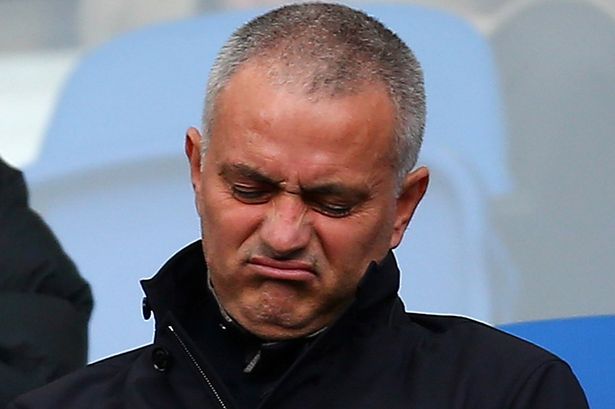 In yet another embarrassing display from Manchester United last night in Denmark against a team that only came into existence in the 1999, the traveling fans were left with much more to complain about than the £71 rip-off ticket price as the Red Devils stumbled to a 2-1 defeat.

Somehow United manager, Louis van Gaal clings onto his job at Old Trafford with executive vice-chairman Ed Woodward the only man who knows why the Dutchman has not yet been sacked , and if the look on Woodward’s face following the Europa League loss was anything to go by, events leading to LVG’s departure could be about to unfold.

Manager in waiting Jose Mourinho is also adding to the pressure the Manchester United board feels, with the Sun claiming today that the 53-year-old former Chelsea boss is getting fed up with waiting for United to make a decision and is considering a return to Inter Milan.

Mourinho and his second in command Rui Faria has agreed to meet Inter Milan co-owner Massimo Moratti when the Serie A giants take on Sampdoria at the weekend.

The British tabloid claims that agreeing to be Moratti’s guests at the San Siro is a sure sign that the Portuguese manager is getting fed up of being stringed along by United, as Ed Woodward puts off making what everyone else sees as the only possible outcome which is to sack van Gaal.

Moratti was thought to be very upset when Mourinho left Inter to join Real Madrid six years ago and is now said to be prepared to make his former manager a very lucrative offer to return to Italy and replace former Premier League foe Roberto Mancini.