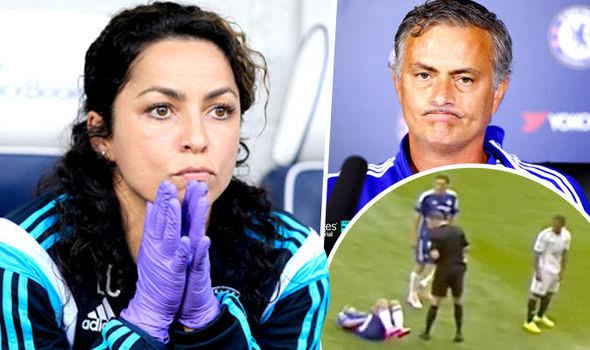 It could be that Blues manager Jose Mourinho has shot himself in the foot regarding his treatment of Chelsea club Doctor Eva Carneiro, who he chastised and banished from the Chelsea game day bench after Carneiro and Physio Jon Fearn were called onto the pitch to attend to a supposedly injured Eden Hazard.

The resulting action left Chelsea playing with just nine men infuriating Mourinho until Hazard was allowed to re-join the game.

Medical staff throughout football, and even healthcare workers who have nothing to do with the game have criticized the Portuguese managers actions saying it should always be the opinion of a trained medical professional when treatment is required and that the Chelsea manager was guilty of failing his “duty of care” to his players if he refused to allow his medical on the team for tactical football reasons.

Having watched Mourinho over the years it’s hard to imagine the 52-year-old making a public apology to the Doctor as his ego would just not allow him to do so, which means it is now up to Carneiro to force the issue and if need be join another team where there will be no shortage of takers for her services.