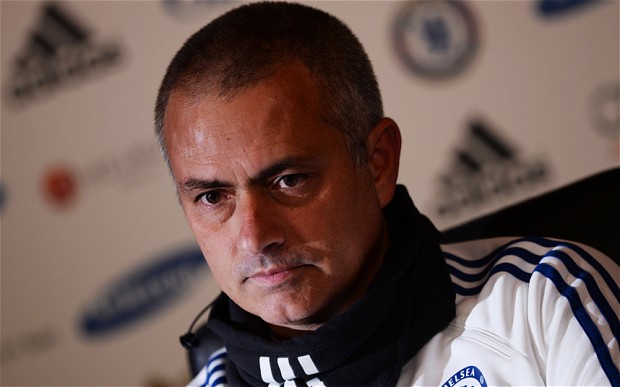 Chelsea manager Jose Mourinho has spoken to Sky Sports over his frustration of Chelsea’s consistency this season.

Following a 6-0 win over top side Arsenal the Blues went and lost 1-0 to lowly Crystal Palace before travelling to Paris and coming away with a 3-1 loss to Paris Saint-Germain in their first-leg quarter-final Champions league match.

Today Chelsea take on Stoke City at Stamford Bridge knowing that a win is crucial should they want to keep pace with top placed Liverpool with just six games remaining in the season.

“I don’t know if we are going to have a fantastic performance or not,” said Mourinho, whose side were beaten in the reverse fixture in December.

“Part of the stability of the top teams, of the teams full of people with experience, is exactly that stability.

“We are the team that during the season we have ups and downs. We have players that were not capable to keep a platform of stability in their performances. We had a few players with these ups and downs.”

The Chelsea boss was scathing in his remarks about striker Fernando Torres after the Crystal Palace loss and dropped him from the match against PSG, yet despite all the criticism Mourinho still feels as though the Spanish international has a place at Chelsea saying: “Since the beginning of the season we tried and we thought about the possibilities of different qualities. Different strikers, different qualities.

“Fernando is a player with a certain profile and will always be the player with that profile. It’s not at the age of 30 years old that he’s going to add new qualities to the qualities he has.

“He gives what he can. We respect that. I respect that. That’s why he keeps playing, we keep trusting him and we believe that he still has things to give us.”