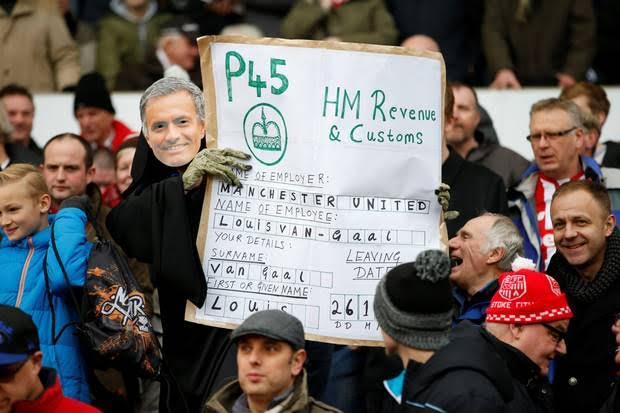 Ex-Chelsea manager Jose Mourinho could replace Manchester United manager Louis van Gaal by the end of the month according to the Sun following Saturdays shock 2-1 loss to Sunderland.

What worried the board even more than the result was the fact that LGV has said the club has virtually no chance of finishing in the top-four and competing in the Champions League next season unless they can manage to win the Europa League, a competition the Red Devils are now in after having failed to make it to the last-16 of this seasons Champions League competition.

Van Gaal’s comments now have the board believing that they have nothing to lose by appointing Mourinho now rather than waiting till the end of the season, and could appoint the Portuguese manager before their match against Arsenal on February 28th.

United is struggling under van Gaal, despite the Dutchman having spent £250 million on new players and have their worst ever Premier League points tally at this stage of the season, amassing just 41 points from 26 games, while scoring the least amount of goals than any other team in the top seven.

The United board follows the reaction of the fans on social media closely, and are convinced that appointing Mourinho would be a popular move.