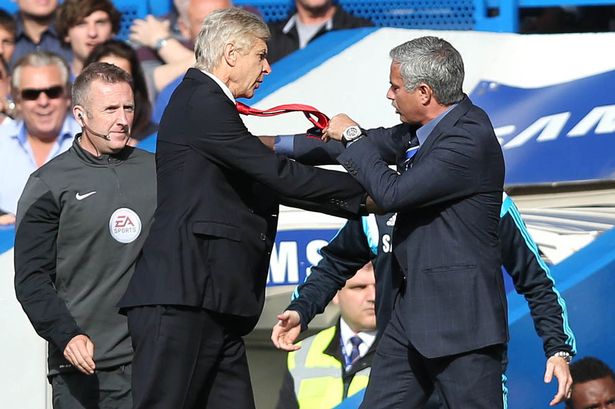 Chelsea’s Jose Mourinho and Arsenal’s Arsene Wenger are both to blame for the new stricter rules the Football Association wants to apply to managers following the continuation of the feud between the two mangers after Sundays Community Shield match at Wembley.

Arsenal won the game 1-0 with Gunners boss Wenger immediately heading for the tunnel rather than shake hands with Mourinho, and to make matters worse the Blues boss showed how unimportant the match was to him, by throwing his losers medal into the crowd.

The FA bosses have now apparently had enough, and called on the pair to stop behaving like children and to set an example for other managers by conducting themselves in a professional manner.

Two of the new rules concerning the manager’s behaviour in the technical area are sarcastic hand clapping following referee’s decisions and actions such as waving an imaginary yellow card if they feel a member of the opposing team should be booked.

Given Jose Mourinho’s run in with the FA last season, we have no reason to doubt it will not be more of the same this time round.