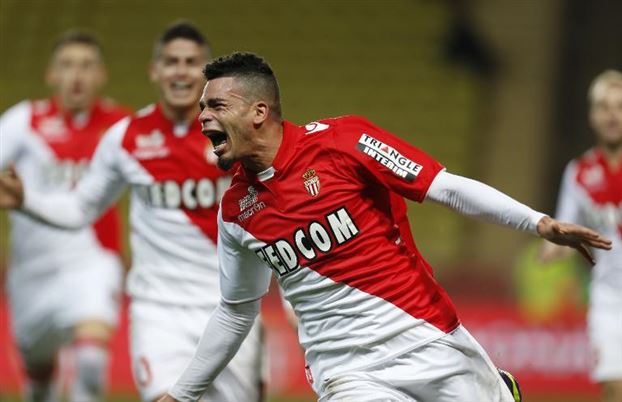 With Arsenal manager Arsene Wenger expected to be out looking for possible two strikers this summer the £5 million rated Emmanuel Riviere could well be the man who takes over from Nicklas Bendtner, and should Wenger not get the marquee striker that he wants the Monaco man could very well find himself playing up front with Giroud according to the Sunday Express.

Since joining Claudio Ranieri’s Monaco team from Toulouse the 24-year-old has scored 14 goals but is finding himself playing second fiddle to Dimitar Berbatov and Radamel Falcao this season.

Monaco’s Russian billionaire owner Dmitry Rybolovlev has spent £140 million on new players over the past year and it is thought he would be willing to let the Frenchman join Arsenal for a fair price.

As for Riviere he would love nothing more than to play at the Emirates telling L’Equipe: “England is my dream since I was a kid.

“I was dreaming of Arsenal. You have to believe and never let go.

“I’m good at Monaco today, I have three years left on my contract. There will surely be reinforcements this summer. We will see what happens.