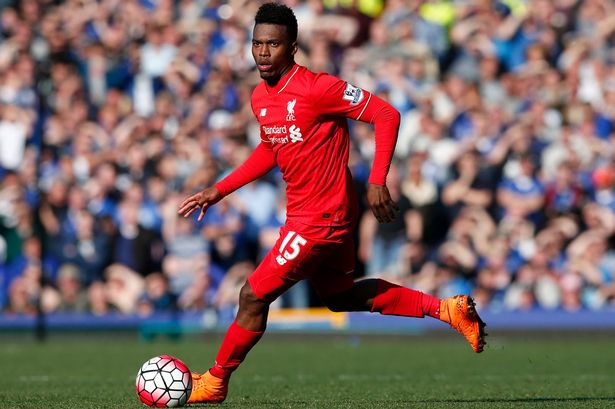 Liverpool striker Daniel Sturridge is back to full training at Melwood and could feature in this weekend’s clash with Manchester City at the Etihad.

The England international took his first full training session yesterday with the first team squad after recovering from a knock to the ankle which has had him out for over a month.

New manager Jürgen Klopp will be hesitant however to rush Sturridge back into the fray given the 26-year-olds injury record and may wait until he is 100% sure that he is fully match fit before allowing him to be a starter once more.

Liverpool fans are eager to see how Sturridge and Benteke can work together, and given the clubs difficulty in scoring of late Sturridge will be a welcome addition to Klopp’s attack with the former Chelsea player scoring twice in his last two appearances for the club.

In other Liverpool news Jose Enrique has been welcomed back by Klopp after former Liverpool manager Brendan Rodgers made the Spaniard train alone after he refused to leave the club over the summer.

Klopp is aware that he does not have cover for Alberto Moreno at left-back, and by welcoming back Enrique whose contract expires in June, it should prove vindication for the Spaniard after not allowing Rodgers to force him out.