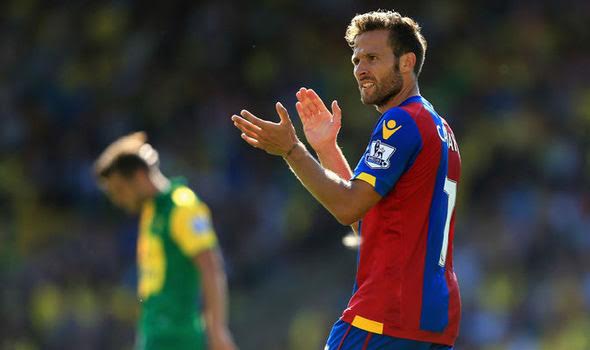 Arsenal take on Crystal Palace tomorrow at Selhurst Park knowing that they really need to come away with a win following last weekend’s 0-2 loss to West Ham at the Emirates, and while the Gunners have not lost against the Eagles in 20 years, you have to fancy Alan Pardew’s gutsy team of having a chance to beat Arsenal if they employ the tactics used by Slaven Bilic’s men.

Pardew meanwhile thinks that Wenger is a great manager but made a mistake when he missed out on signing French international Yohan Cabaye when he had the chance.

“He has introduced to the English game the type of football that has educated managers and coaches, and that is simply the beauty of possession”. Said Pardew.

“He has also been brave enough to stay with his principles on how football should be played. You find yourself being influenced and intoxicated by what he has made his trademark, the fantastic way he has made players happy when they have the ball.

“He is one of the greats of the game because he has never abandoned his love of pure talent and ability.”

However saying that Pardew thinks he made a mistake not signing Cabaye when he had the chance.

“A few years ago when I was at Newcastle, Arsenal came in for him, and there was conversation between him and Wenger. Yohan thought he was going,” said Pardew.

“The move never went through, and Arsenal definitely missed something there. He might have made a big difference to them, and exert the kind of influence he is showing with us.

“Now Yohan is with us and we are lucky to have him because he is a brilliant player. The rest of our players look at him as the benchmark of the team, they know they have not played with anyone of his kind of level before, and so it inspires everyone to do better, be more professional. If that happens then we will have a great season.”

Arsenal will of course be like a wounded animal, just as they were when the lost the season opener 3-1 to Aston Villa, only to bounce back with a 3-1 away win at Fulham.

Palace though have a canny manager in Pardew, and with BET365 offering odds of 17/4 for a Palace home win we feel it is with a small punt if you are not a Gooner.