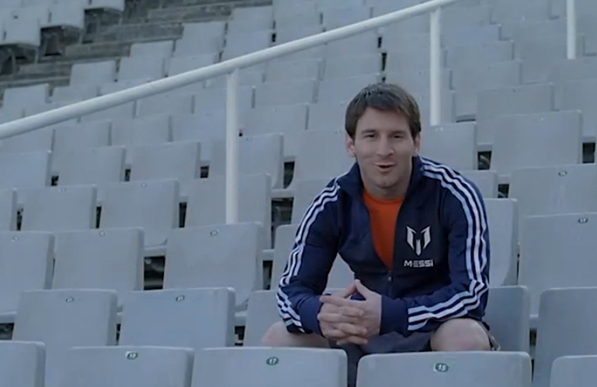 Barcelona star Lionel Messi has thanked all his fans for the support he has received in recent days, as his club Barcelona try to defend the handling of his fitness.

The Argentinian international suffered another thigh muscle injury during last weekend 4-1 win over Real Betis, and has now been given until January to recover.

Messi turned to Facebook in order to thank his fans saying: “As many of you know, over the next few weeks I will be working full-time on the recovery of this new injury, for me it is a pity not to play with my team right now…,”

“Now the most important is to be recovered well for helping my teammates and for giving back all the support you’ve given to me in the best way I know how to do, playing football. Thank you for your messages!”

Argentinian national team physio Luis Garcia arrived in Barcelona on Tuesday to begin treatment after a personal request from Messi.

Barcelona team spokesperson Toni Freixa denied that it was strange for Messi not to rely on the teams physio’s saying: “If you look in the archives, they are full of examples of players who wanted to be surrounded by their own people during their treatment.”

“In this case Messi is fully within his rights to ask to be treated by someone he knows. But it is our obligation, and could not be understood any other way, that Barca will always be over the recovery process.”