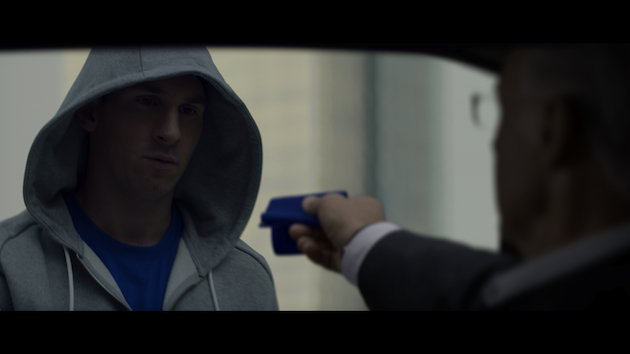 For the past few weeks now Korean electronics giants Samsung have been running a global campaign that claims that Aliens from out of space want to take over the world, but will leave the earth alone if humans can beat them at football.

The next instalment features a fantastic video that looks like a trailer for a multi-million dollar action movie and features Barcelona’s Lionel Messi being chased through the streets with a football.

Eventually all the black window tinted cars manager to catch up with him allowing German legend Franz Beckenbauer to wind down the window and give to Messi the captains armband.

Check out the video below it is really good!