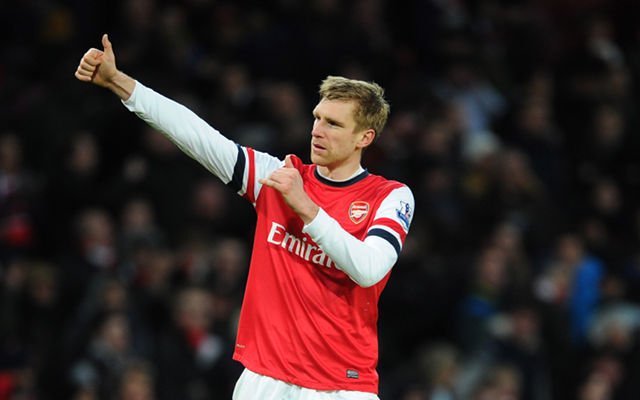 Arsenal defender Per Mertesacker has said that he intends to win this afternoon’s FA Cup final for the fans.

While paying tribute to all the Arsenal supporters who have stuck with the club during their nine years without a trophy the big German said: “I had a hard first season but they encouraged me so I have to give them credit.

“Especially in my first season they always covered me and always backed me up and gave me that bit of confidence you need as a player.

“(Winning the cup) would mean a lot, that would be a big step for our team.

“We went through a lot of difficulties. We were top of the league, then we dropped points and then came back to fourth position. We want to keep our run now.

“We won five consecutive games, we want to continue with that (on) Saturday. That is really important. It looks like we are back on track. We have to keep our focus.”