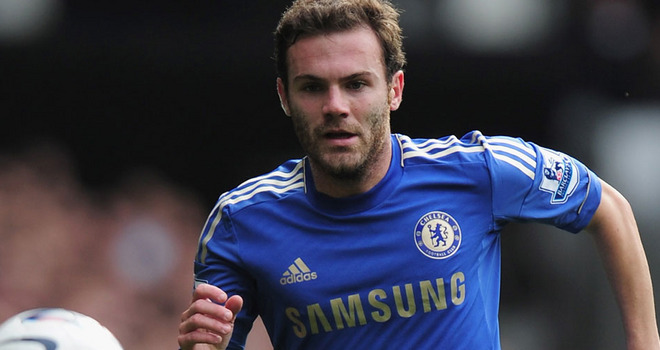 The Chelsea midfielder has not featured as much as he would have hoped in Jose Mourinho’s team, and is tempted towards a short term loan in January.

The 25-year-old fears that his place in Spain’s World Cup squad is in danger if he is not seen to be playing regular club football.

While Mata would like to stay with the Blues at least until the summer he is increasingly worried about his long-term future at the club, and as to whether or not he fits into Jose Mourinho’s plans.

Mourinho has questioned the Spaniards defensive work rate and remains sceptical of the Spaniard despite the fact he was Chelsea player of the year for two seasons’ in a row.

Mourinho though is unconvinced that Mata is the man for the job being left on the bench for most of the Blues games preferring to play the young Brazilian Oscar as his number 10.

The fact that such a talented player like Mata can not get into the Chelsea team has alerted both Juventus and Atletico Madrid with both teams possible willing to take him on in January in a loan deal that could become permanent at the end of the season.

One thing is for sure a player with the ability of Juan Mata needs to be on the pitch and not on the bench, and while I can understand Chelsea fans not wanting to see him leave, at the end of the day it is up to Mourinho to decide who he plays.