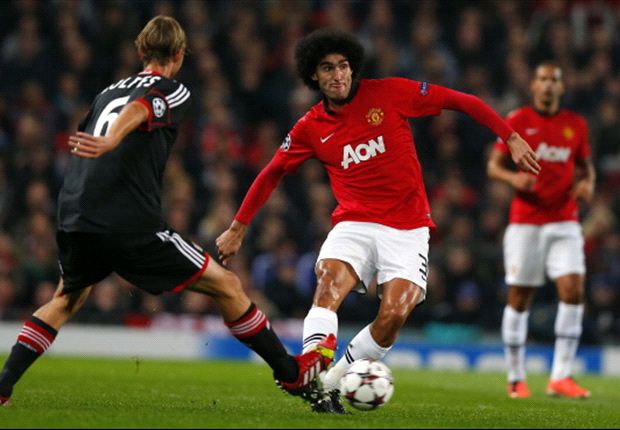 Manchester United’s summer signing Marouane Fellaini needs to feel what it is like to be a winner at United says Phil Neville.

Since arriving on deadline day from Everton with a price tag of £27.5 million the Belgium international has failed to impress in any game he has played, and has not scored a single goal for the Red Devils.

United face Everton at Old Trafford on Wednesday, and will be without the suspended   Phil Jones and the injured Michael Carrick giving the big Belgium the idea stage to show what he can do against his former club.

“What is important for Marouane now is to play well in a match we win and he scores a goal,” Neville told the Manchester Evening News.

“He needs to experience that feeling when you are part of a team that wins.

“He (also) needs to start scoring from midfield. There is nobody better at that than Felli.

“The United fans have not seen the best of him. When he came he wasn’t fully match fit but we are getting him fitter to play for United and be that box-to-box player.

“But we have every faith in him and we are really relaxed about it.”