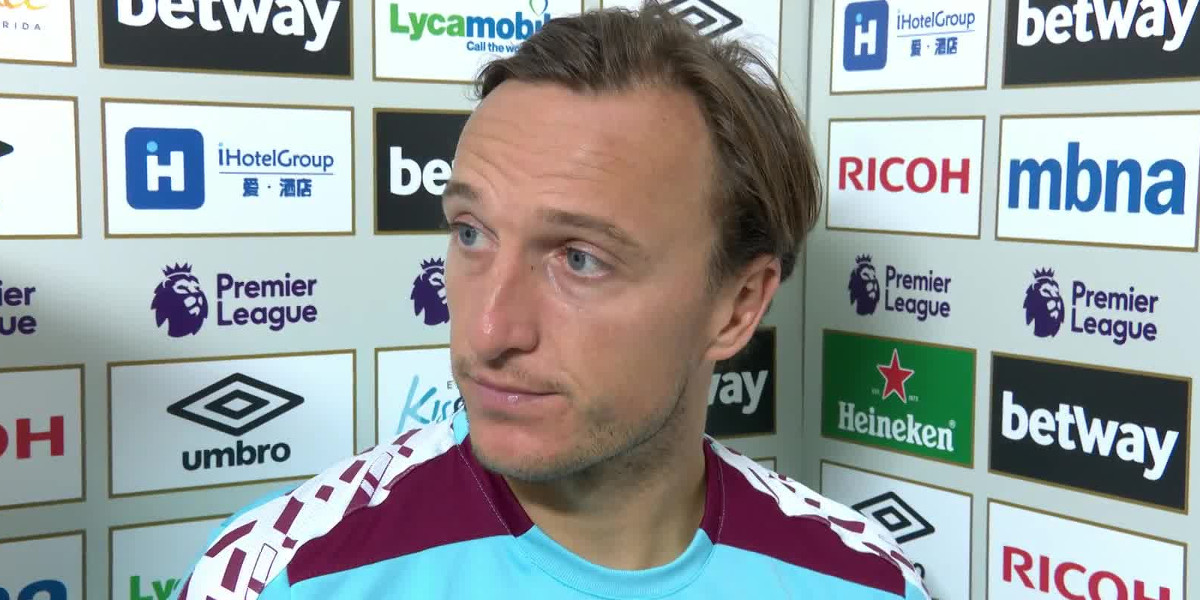 West Ham United captain Mark Noble called it as he saw it and described his team defending in a 0-3 home defeat to Southampton as ‘laughable’, not realizing it’s him as a holding midfielder who keeps failing to provide any kind of decent protection. The Hammers shipped 11 goals in last three games and are 18th in the Premier League table after six rounds played. The leaky defence was evident in the final part of the last season as well – West Ham shipping 20 goals in final 10 rounds – but it was compensated by good offense.

Manager Slaven Bilic admitted that the responsibility for West Ham United’s horrible start to the season lies with him alone and that West Ham can only turn things around as a team.

“It is my responsibility, it is my team”, Bilic said. “I am not flying away from the responsibility and I don’t want to point fingers. We are talking behind closed doors. It is never one player. One player can make a mistake and you can lose a game. It is a team, it is teamwork, it is a team mistake.”

“But definitely these are the same players and same manager and crowd that were doing it last year. But it is true that at the moment we have to be clear, everything that was really good last year is bad. Everything that was average last season is way below par.”

Bilic added: “We can say the season is only just started. But it’s happening for four games now and we have to change it big time. It is not working.”

“I told the players after Watford or West Brom that there is no need to panic. The credit was there. Now the credit is gone. Same with me. If you ask me if I am low tonight, of course I am low. We lost this today game 3-0 at home and we deserved to lose.”

West Ham did have 13 shots on goal but only 1 was on target while 9 of 18 Southampton shots were on target and the defeat could have been much worse. Southampton played a tactically perfect game while West Ham provided arguably the worst performance by any BPL team this season.

To add to the misery, the move to Olympic Stadium has been detrimental to West Ham’s chances of winning a home match, as the much more intimate and loud Boleyn Ground was the real home of the Hammers and they used the momentum provided by the home stadium to win the matches. On the Olympic Stadium they’re still visitors, as evident by the fact that they had to play cheering noises on the speakers. While astonishingly beautiful, the Olympic Stadium lacks the atmosphere as the fan base is watered down by casual fans, and the pitch is very slow, too. Additionally, West Ham was supposed to play European football in this stadium yet they were eliminated by Astra from the Europa League.

West Ham’s season couldn’t possibly be any worse. Actually the next one might, if West Ham face the embarassment of playing Championship games on Olympic Stadium.

It must be noted – West Ham are the 7th-highest valued club in the Premier League according to Transfermarkt.co.uk and they are supposed to be in the top third of the table comfortably, as opposed to calling a top-half finish a success.

Meanwhile, Boleyn Ground is being demolished as it was sold to a development company that is building 800 new homes, only 25% of which are affordable housing. Upton Park residents protest as they demand at least 50%.