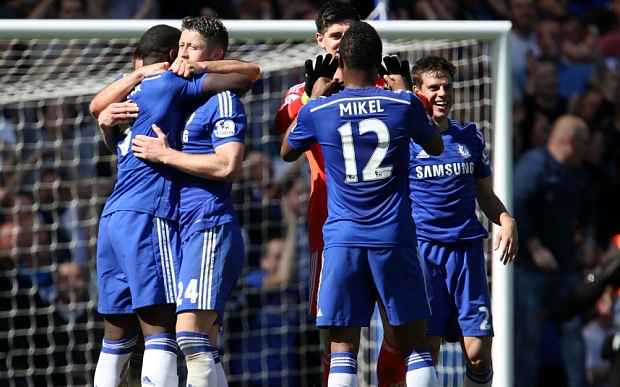 Chelsea boss Jose Mourinho has taken the unusual step of allowing his team to take four days off before they entertain Liverpool at Stamford Bridge on Sunday.

This has raised eyebrows at Manchester United who are only four-points ahead of Liverpool in the hunt for the final Champions League spot after having lost their last three-games.

Chelsea won this seasons Premier League last Sunday when they beat Crystal Palace 1-0, and as a reward for the players, Portuguese manager Jose Mourinho gave the team four- days off to rest and relax after a tough season, leaving United fans to wonder just how serious the Blues would take the last few games after having wrapped up the title.

United also face a dangerous run-in with two away games at Crystal Palace and Hull with one home match remaining next weekend against high-flying Arsenal.

Should Jose Mourinho put out a much changed team on Sunday it will have many people in Manchester suggesting Mourinho would prefer Liverpool to finish fourth rather than United.