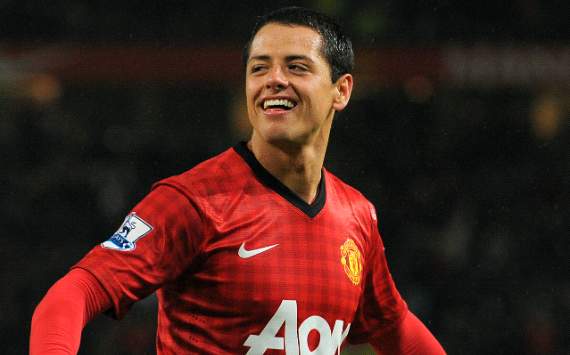 United manager David Moyes has said once again that Javier Hernandez is still a part of his plans at Old Trafford.

This was called into question when the United striker agreed with his Mexican international teammate Carlos Vela when on twitter the Real Sociedad striker suggested he should move to a club that would give him more regular first team football.

Hernandez has only made one start for United in the Premiership this season, and was used as a substitute in the 1-3 win at Fulham last weekend.

It is difficult for the striker who has his nickname of Chicharito on his shirt to get a start in a team that also has strikers Wayne Rooney, and Robin van Persie in it, yet manager Moyes insists he is a vital part of the team saying: “We need Javier Hernandez; he’s very good for us.”

“He’s scored a lot of goals over the last few years and continues to do so, so we’ll continue to use him.”

Meanwhile Vela who plays in Spain for United’s Champions League opponents Real Sociedad has said that if Hernandez wanted to leave there would be plenty of clubs eager to sign him.

“If he plays regularly he will score, so I don’t totally understand why a player of his quality has not played more games.

“If he doesn’t play regularly he will need to think about leaving.

“You always want to succeed at the biggest clubs – but if he is not given the chance there will be big teams in England and Europe wanting him.”