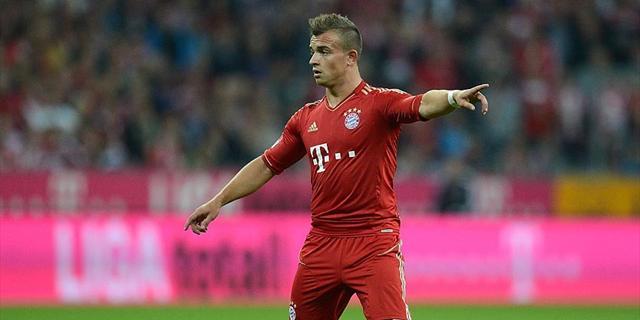 It looks as though both Liverpool and Arsenal have lost out in their desire to sign Bayern Munich midfielder Xherdan Shaqiri after the Daily Expressbayern munich reported that Bayern Munich will offer the Red Devils Shaqiri and £7 million for Spanish midfielder Ander Herrera.

The report claims that the 25-year-old Herrera has failed to impress Manchester United manager Louis van Gaal following his £30 million transfer from Athletic Bilbao to Old Trafford last summer, and has made only five appearances for the club since August.

According to the newspaper the whole idea of transferring Shaqiri plus £7 million was Bayern trainer Pep Guardiola’s idea and that on hearing about it United immediately jumped on board.

Since taking over at Old Trafford following the World Cup van Gaal has said that he would like to add more wingers to his team and should the deal go through next summer the 23-year-old Shaqiri could be a key element in the Dutchman’s starting XI.