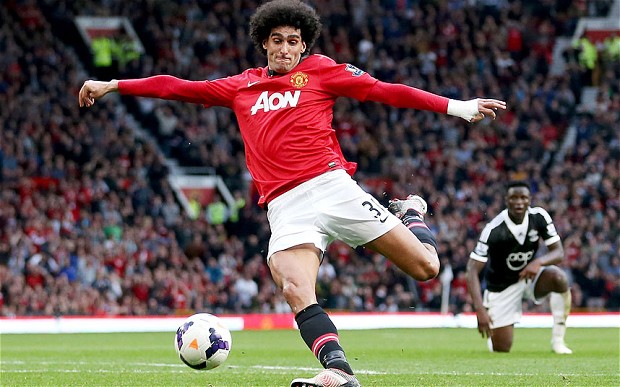 According to the Daily Express Manchester United is prepared to cut their losses and sell Marouane Fellaini for a loss of £12.5 million after former manager David Moyes signed him as a late buy from Everton for £27.5 million last summer.

The big Belgium’s time at Old Trafford has proved to be a huge disappointment for all concerned with the midfielder only making 16 appearances for the club and failing to find the back of the net once.

The problem United will face now is trying to find a club that will be willing to pay the money they are asking after his stock has fallen so much and the fact he cannot get playing time at United.

At this moment it would appear as if he has no place in van Gaal’s plans, and has executives hoping that he plays well for Belgium in the World Cup and that they can sell him this summer.