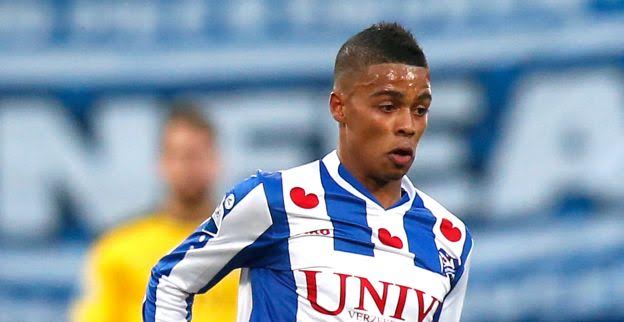 Following the season ending injury to Manchester United left-back Luke Shaw after he suffered a broken leg in their 2-1 loss to PSV Eindhoven in Holland last week, manager Louis van Gaal is eager to bring in a defensive replacement for Shaw in January in order to provide the England youngster to recover fully by not rushing to have him back in the team.

Ironically according to the Daily Mail it was while the club was over in Holland that Red Devils scout alerted LVG to the potential of Heerenveen defender Jerry St Juste.

The 18-year-old normally plays at centre-back for his club but is also capable of playing midfield leading scouts to believe the left-back position could also be a possibility for the Groningen-born teenager.

Another possible signing for United is West Ham left-back Aaron Creswell who could be available for £15 million in January, but with the Hammers knowing that United is desperate for a left-back will try and squeeze the most they can out of the northwest club for the 25-year-old former Tranmere Rovers defender.