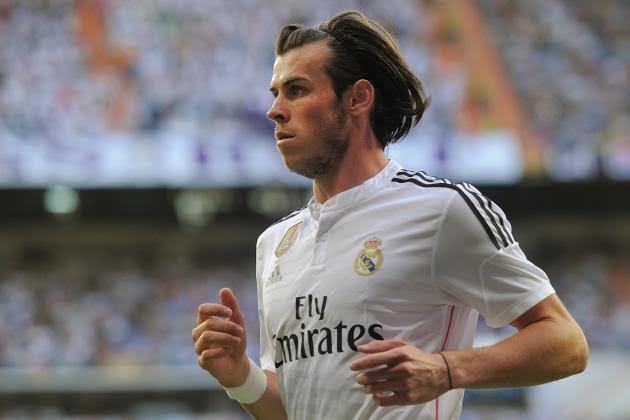 Following Manchester United recent attacking problems and the inability of captain Wayne Rooney to provide the goals the club needs, the Old Trafford hierarchy have decide to pursue their interest in Real Madrid winger Gareth Bale, with a view to a January transfer reports the Sunday People.

The 26-year-old Welsh wizard is set to become United’s No.1 transfer target, and despite the falling out between the two clubs when goalkeeper David de Gea’s move fell through over the summer, Red Devil’s vice-chairman Ed Woodward feel’s it will not be a hindrance in the clubs efforts to sign Bale.

The Sunday People newspaper also says that David De Gea will not be included in any deal to get Bale to move back to the Premiership after the Spanish international goalkeeper signed a lucrative £200,000 per-week deal to remain at Old Trafford.

Bayern Munich strikers Thomas Muller and Robert Lewandowski are also on United’s wish list for a regular goal-scorer, but it is Bale who still remains the clubs top target.

Bale is now into his third season at the Santiago Bernabeu following his £85 million move from Tottenham, yet he has still to win over the support of the clubs fans who look upon him as a second-tier player when compared to Cristiano Ronaldo.

This is Bale’s major problem at the club with two players both wanting to play in the same position, yet with club President Florentino Perez backing Ronaldo it would be very hard for trainer Rafa Benitez to allow Bale to take over the Portuguese international’s starring role.

Ronaldo now however is 31-years-old, and with Real Madrid having a replacement in Bale readily available it would be hard to imagine them selling Bale unless the Welshman started pressing for a move to Manchester United himself.