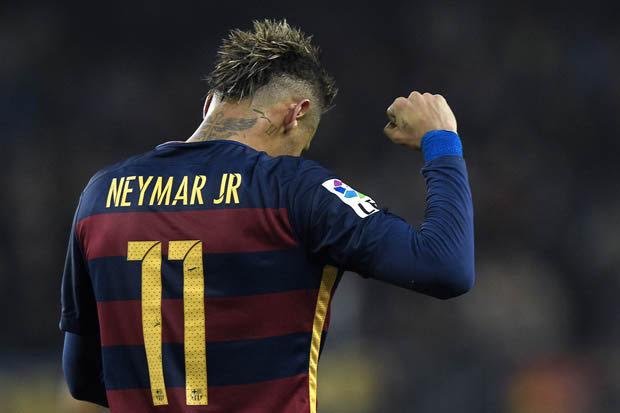 Fans may be down in the dumps at Old Trafford these days after being forced to watch boring Louis van Gaal football while chanting ATTACK, ATTACK, ATTACK!!!

Things however are lining up to make sure that fans will have plenty to cheer about next season with the Red Devils putting together a mega deal with Adidas that will see Brazilian super star Neymar leave the Nou Camp for Old Trafford.

United is however not alone in their desire to sign the 24-year-old with the Sun via the Daily Star reporting that Manchester City’s new manager Pep Guardiola wants to bring Neymar to the Etihad and is willing to pay Barcelona’s buyout clause of £145 million to make it happen.

Meanwhile Barcelona is quietly confident that they can persuade the Brazilian to sign a new contract even though he has refused to rule out leaving.

“Negotiations over contract extension are still on-going,” he said after Barca’s 6-1 victory over Celta Vigo.

“But I have more years yet and many things could happen.”

Manchester United is poised to become the world’s richest club and having an icon such as Neymar in the team can only be good for business, which is why Ed Woodard will do whatever it takes to get Neymar on board the Red Devils Express.