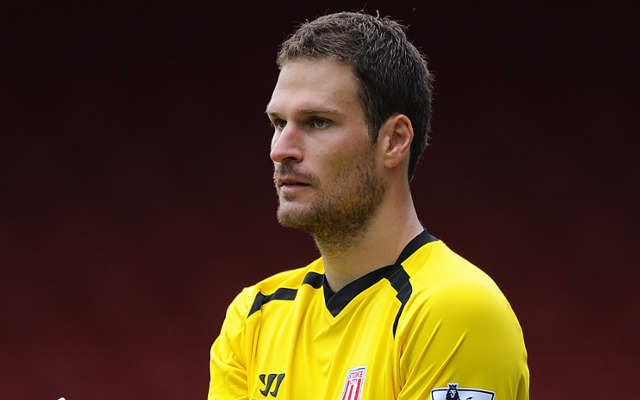 With current shot-stopper David De Gea edging ever closer to Real Madrid it would appear as if manager Louis van Gaal was weighing up his options, and while it was assumed United would make a move for Tottenham’s French international Hugo Lloris reports are suggesting that it is Stoke City keeper Asmir Begovic that the Dutchman wants to bring to Old Trafford.

Meanwhile Liverpool manager Brendan Rodgers has said he is in the market for a top-class goalkeeper after not being completely convinced by Simon Mignolet’s performances this season, and was being linked with a move for the 27-year-old Bosnian whose current deal at the Britannia Stadium is up next summer.

Much of course will depend on what David De Gea decides to do, as a move by him would force LVG’s hand, but should the 24-year-old Spaniard decide to remain at Old Trafford it would allow Liverpool to sign Begovic for around £14 million.