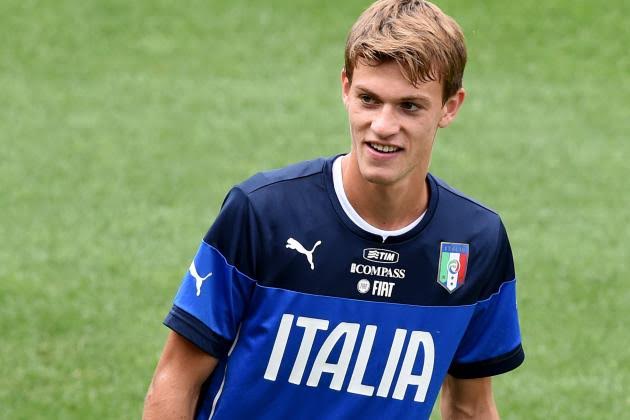 Manchester United is prepared to outbid Arsenal for Juventus centre-back Daniele Rugani, according to reports.

United manager Louis van Gaal is looking to strengthen his team for a possible title bid in January and sees the Italian defender as an ideal acquisition, with the 21-year-old struggling to get playing time with the Serie A champions.

Arsenal manager Arsene Wenger also knows that the opportunity to sign a top quality young defender does not come up all that often, and with Chelsea possibly willing to pay £40 million for Everton centre-back John Stones, Rugani appears a relative bargain.

As for Juventus, they are aware that they could lose one of Serie A’s top talents if they do not give him more playing time after his impressive performances while on loan at Empoli last season, and if he is not given first team opportunities at Juventus he could be looking to move from Turin in January according to the Mirror.

But with the reigning champions struggling this season in sixth place it is hard to imagine trainer Max Allegri gambling on the youngster leaving the door open for both Arsenal and United to try and convince the £13 million rated player to move to the Premiership.

Manchester United is ready to battle with Arsenal to seal the transfer of Juventus’ Daniele Rugani, according to reports.

The Red Devils are preparing to add reinforcements in January and the Italian defender is a target.

The 21-year-old is one of Italy’s top prospects but has struggled for playing time at the Serie A champions.

And Juventus are aware that they will lose Rugani if he is not given an opportunity in the first team soon, according to the Mirror.

But with the Old Lady struggling in Serie A, it is hardly the opportune moment to afford him the chance.

And United and Arsenal are ready to battle it out to bring him to England.