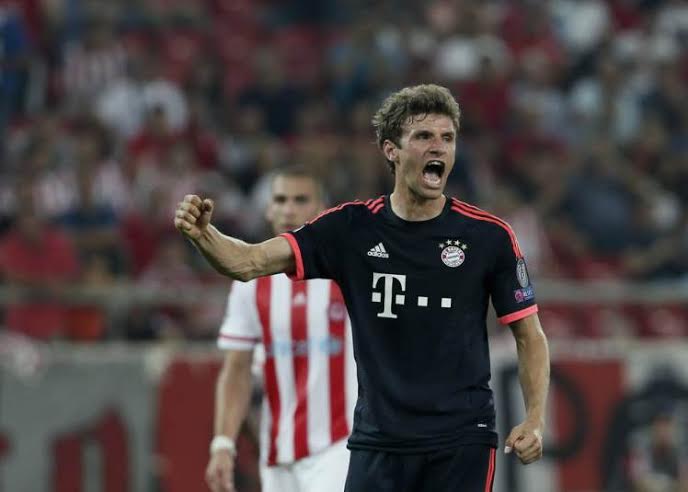 Manchester United may have got a good deal signing Anthony Martial after seeing the Frenchman score three goals in his first two games for the Red Devils, but we all know that Louis van Gaal’s main striker target was Bayern Munich forward Thomas Muller.

Muller as LVG knows from his time at the Bundesliga champions is the real-deal proving how deadly he is in front of goal scoring six goals so far this season in his first six Bundesliga games for the Bavarian giants, sparking speculation that van Gaal will make another approach for the 26-year-old in January.

United made two bids of £55 million and then £65 million for the German international according to Bild, and now it remains to be seen if they will try another bid in January.

Our guess here at Soccer Transfers is that it will have a lot to do as to where they are in the League come Christmas, with a top-four place the obvious target LVG is aiming for.

If not we may see an improved bid for the German, but right now it is looking doubtful.