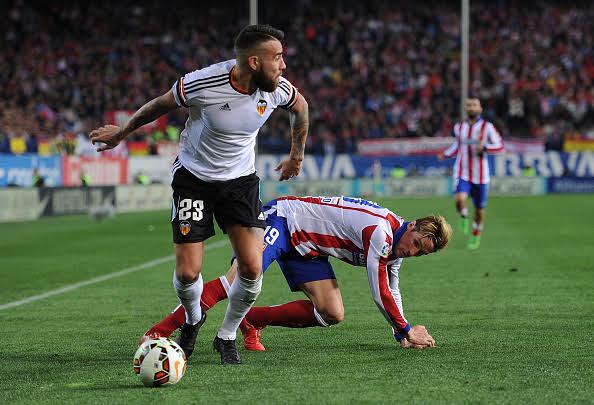 According to Spanish football expert Guillem Balague Manchester City is set to beat cross town rivals United to the signature of Valencia centre-back Nicolas Otamendi, with a deal set to be announced as early as tomorrow.

Manchester City manager Manuel Pellegrini however remained tight lipped regarding the Argentinian international when asked about a possible transfer following City’s impressive 3-0 win over Chelsea, saying only: “No, I cannot confirm nothing, I do not talk about it.”

The 27-year-old defender is said to have already said his goodbyes to his Los Che teammates, as he looks forward to playing in the Premiership.

Reports are also suggesting that 24-year-old Frenchman Eliaquim Mangala could go the other way as part of any deal on a season long loan.

Tomorrow all confirmed: Otamendi to City for €40m and Mangala on loan. Real Madrid would have paid €50m buy out clause if Ramos had gone