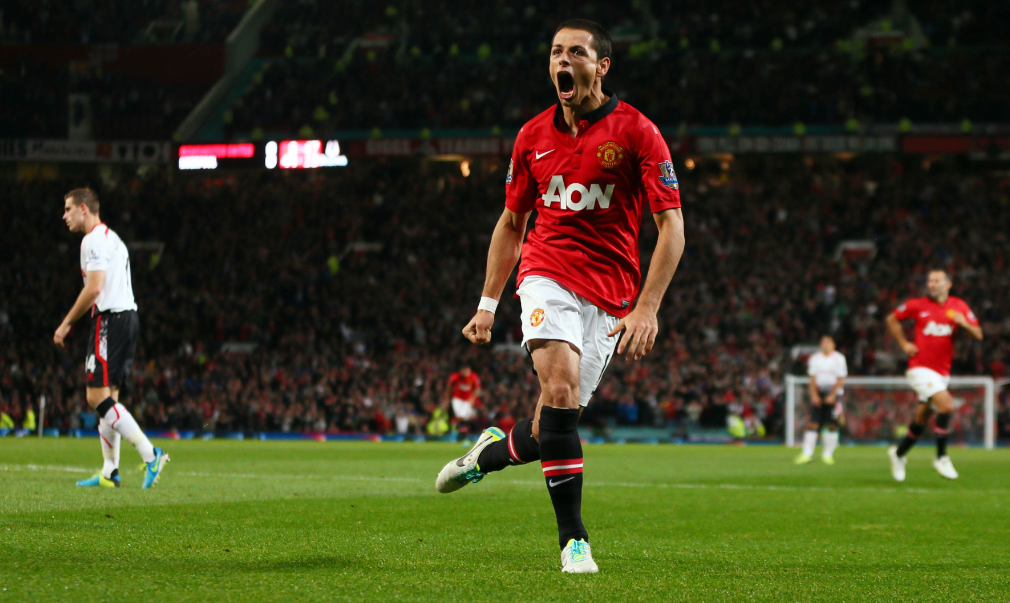 Mexican striker Javier Hernandez has said that has achieved his dream playing for Real Madrid, and would like to remain at the club once his season long loan from Manchester United comes to an end.

26-year-old Hernandez joined the Spanish giants from Manchester United at the end of the summer transfer window when United had already signed Radamel Falcao on loan from Monaco making Hernandez’s role at Old Trafford surplus to requirements.

Since joining Real Madrid the Mexican international has scored four goals in seven games while hinting that he would like to now remain at the Santiago Bernabeu telling ESPN Deportes. “It was difficult, although I had offers from other teams, but when I got the opportunity to come to Real Madrid I didn’t hesitate.

“It was the toughest challenge [I was offered] and the one that gave me the least chances [of first-team football], but these are the challenges I like and the ones I’ve worked for all my life. I dreamed of being here. I have the talent and I’ll work hard to show I belong at such a great institution. I hope some positive things happen, both to the club and myself.”

Hernandez has a contract with Manchester United until 2016, but only made six league starts for the Red Devils last season.

“I was received well here and I had played against some of my teammates either at the club or national level,” Hernandez said. “Here is doesn’t matter where you come from. At the end of the day you are welcomed in the dressing room. From day one I have tried, without any disrespect to anyone else, to say to myself, ‘why not? I can play here; I can contribute and work with this team.’ “