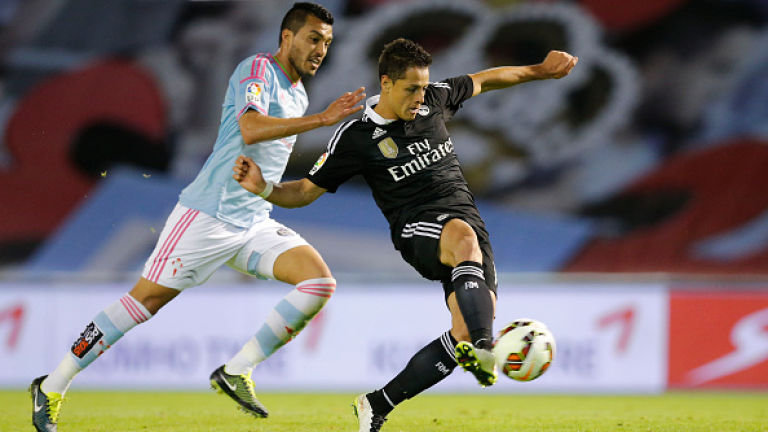 No, this is not a joke aimed at Radamel Falcao after the dreadful display he put in against Everton, but the opinion of Real Madrid trainer Carlo Ancelotti when speaking about on-loan Manchester United striker Javier Hernandez following the Mexican internationals two goals in Sundays 4-2 win over Celta Vigo.

This now takes the 26-year-olds tally to four goals in his last three starts, leading to praise from the Italian trainer in his post-match press conference.

“He’s enjoying the period that he’s in, it’s a really good one,” the Real boss commented. “The whole team worked well. If Chicharito is in this form he’s non-negotiable, like Cristiano, Benzema, James, Bale, Ramos, Isco, Varane, Pepe… I have a team of non-negotiables, but only 11 can play and the rest stay on the bench.”