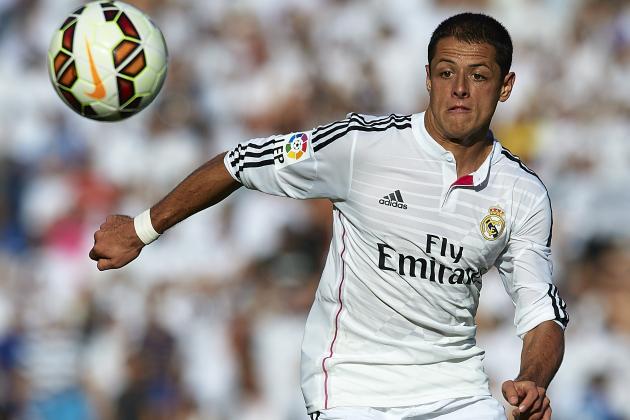 According to news coming out of Spain Real Madrid has decided not to take up their option on signing Manchester United striker Javier Hernández, which now means the Mexican international will be on his way back to Old Trafford even if it is just until a buyer can be found.

Chicharito Hernández arrived at the Santiago Bernabeu on the final day of the transfer window after trainer Carlo Ancelotti had spent all summer telling the clubs hierarchy that they needed another No.9 “we need another Morata” he said referring to the player who they sold to Juventus, who later came back to bite them in the arse, when a goal from the Spanish international knocked them out of the Champions League.

At the time however the club wanted none of it having already spent €80 million for James and nearly €20 million for Toni Kroos, leaving club president Florentino Perez only wanting to sell Angel Di Maria so that he could try and balance the books.

Meanwhile Hernández made it to Madrid at the last minute and despite not being the player Ancelotti had wanted the Italian trainer kept his mouth shut and got on with the job hardly using the former Guadalajara star for the first two-thirds of the season before having his 15 minutes of fame scoring in the quarter finals of the Champions League.

Where he will end up now is anyone’s guess, but we certainly do not see him as part of Louis van Gaal’s squad at United, and while it would be easy for the 26-year-old to just pack his bags and head on over to the MLS, we feel he still wants to prove himself in Europe and could prove to be a good buy for the right team.