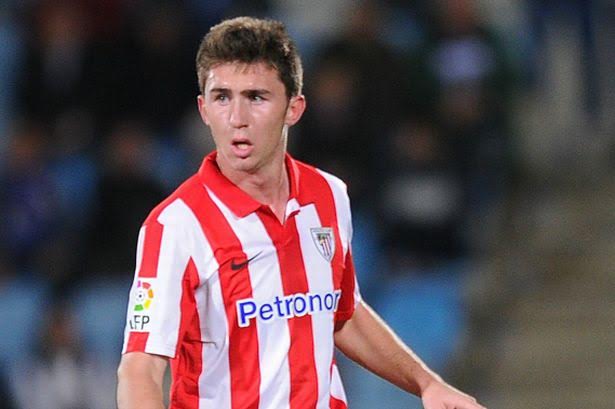 It would appear as if Manchester United has stepped up their interest in Athletic Bilbao defender Aymeric Laporte with the Manchester Evening News suggesting that the 21-year-old is now a top summer transfer target.

According to the report United views the young Frenchman as a long-term partner for centre-back Chris Smalling after the England international cemented his place in Louis van Gaal’s team this season.

Despite whatever may happen with van Gaal and the possibility of Jose Mourinho being appointed boss the Red Devils still need to bolster their back four and see Laporte along with Everton’s John Stones and Real Madrid’s Raphael Varane as possible candidates to take over the role next to Smalling.

Given the likelihood of Real Madrid not wanting to sell Varane and Everton looking to receive over £40 million for Stones, Laporte may very well be United’s best option given that he has a £32 million release clause in his contract.

Another plus for the North West club is that Laporte is represented by super-agent Jorge Mendes who knows the complexities of dealing with the Basque side, something executive vice chairman Ed Woodward struggles with when signing Ander Herrera.

Laporte has made 23 starts for the La Liga club this season, putting in a solid defensive performance while also managing to score three goals with one assist.

Despite the growing interest in the French defender form some of the larger European clubs; he is unlikely to feature for Didier Deschamps Euro 2016 team which will prevent Bilbao from trying to inflate his price after the European Championships.

For United to have any hope of signing him or any other top players it is imperative that they manage a top four finish in the Premier League, as failing to do so will give their rivals a huge advantage when it comes to luring the top talent.