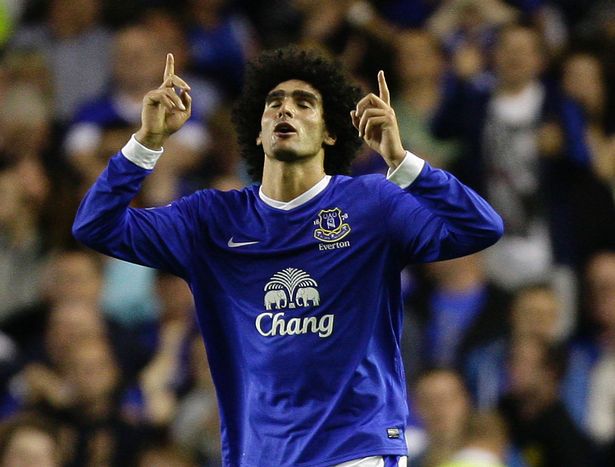 Manchester United had been chasing the Everton player all summer and went right down to the wire last night to sign the 25-year-old Belgium international.

Manchester United manager David Moyes knows Fellaini well after all his years at Goodison Park, and initially offered £28 million for both the midfielder Fellaini, and left-back Leighton Baines which Everton described as “derisory”.

Manchester United Manager David Moyes said: “He is a player with great ability and strength and I think he will make a real difference to our squad.”

He added: “He can play higher up, if we need it, behind the striker or as a defensive or holding midfielder. In any position in the middle of the field he’s comfortable.

“Because of that I think it’s definitely a position where people have said we’ve been short of numbers, with the likes of Paul Scholes [retiring] and Darren Fletcher not ready to come back just now. I felt we needed to strengthen there and I’m glad we got him.”

Fellaini had joined Everton for £15 million from Standard Liege in 2008, and was under contract with the Toffee’s until 2016.

He said: “I am thrilled to sign for Manchester United. I have known the manager for many years now and I have a lot of respect for his way of working. When I was given the opportunity to work with him again, I jumped at the chance.

“Being a Manchester United player is something that every player dreams of and I believe that I can make a real contribution to the team’s efforts to win trophies in the future.”