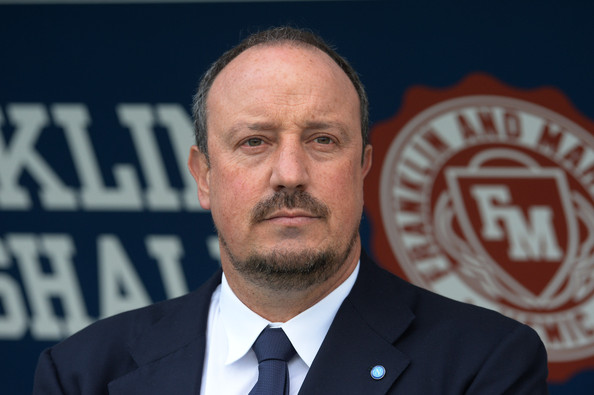 Currently in charge of Serie A side Napoli , Benitez  never really got along well with Ferguson and would probably not be a United fans choice for the clubs next manager , but would according to former Liverpool player Dietmar Hamann, be exactly the type of man the Red Devils need to bring them trophies.

While speaking to talkSPORT Hamann said: “It is certainly a name they should consider. They need somebody with a track record who can work with the big players, who knows what is required to get in the Champions League and play a big role in it for years to come.

“Rafa Benitez is in Italy at Napoli but his family still lives in the North West and he has always made it clear that he would love to return to the Premier League at some stage.

“The way it is going at Liverpool, I don’t think he will be there any time soon and he has been at Chelsea, so there are not too many clubs out there for him. I don’t think Arsenal will suit him.

“He, and Manchester United, will be a very good match. He had a few run-ins with Fergie but he only pointed out a few facts, as he would say.

“If I was a United fan I would want somebody who gives you the best possible chance to get back in the Champions League.”

When asked about the other contenders for the job Hamann said: “Van Gaal is not the most likeable guy and he is not easy to get on with, so I’m not sure whether that is a good fit, you can rule four or five out if they don’t get released by their clubs so you are down to Van Gaal and Rafa Benitez is certainly somebody [who should also be considered]. I’d be surprised if his name didn’t get a mention in one of the United meetings.”