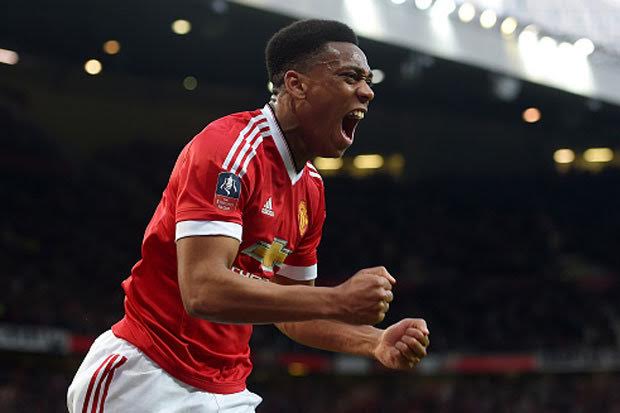 Manchester United is worried that star player Anthony Martial may be tempted to try and leave Old Trafford next summer for the Parc des France, after having learned of French champions Paris Saint-Germain’s interest in him.

Martial has been one of the Red Devils best players this season after signing last summer from Monaco for a fee believed to be around £36 million which made him the most expensive teenager in football history.

The now 20-year-old attacker has been one of the clubs shining stars scoring 12 goals with seven assists, in what has been for United a disappointing season.

In what could be bad news for United though, French publication Le 10 Sport claim Martial’s performances have caught the eye of PSG.

PSG are expecting to lose Swedish superstar Zlatan Ibrahimovic this summer and quite possibly Uruguayan international Edinson Cavani as well, which is why the club have turned their attention to Martial.

The French youngster is under contract at Old Trafford until 2019, which means United are under no obligation to let him leave, but should a large bid from either PSG or Juventus come in it will certainly be something the club would have to consider.