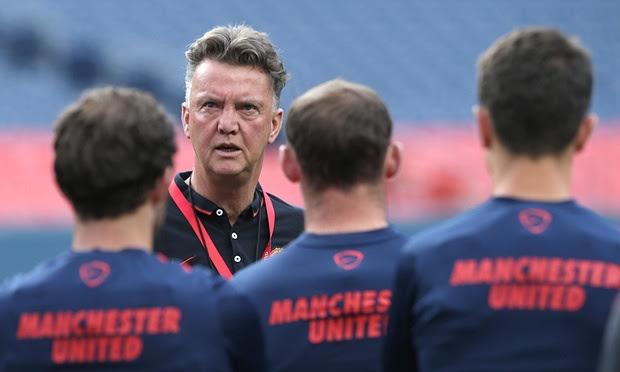 According to the Spanish international the players now know what is expected from them by the 64-year-old Dutchman and that after 15 months of him being in charge the team is beginning to gel.

Previously the workload that was put on the players by van Gaal was not seen as being beneficial by several of the teams player who approached van Gaal to complain about the heavy training ground workload he was subjecting them to, which led to the former Barcelona and Bayern Munich trainer to seek out feedback from the players before drawing up his game plan for upcoming matches.

“Every manager has his own way to work and obviously with him it’s different than with any other manager,” said the Spanish playmaker.

“He said when he arrived it was going to be difficult, especially at the beginning. But I think it is about time and getting used to his ­technical way of working – the number of meetings, the training and the games.

“But this is our second year with him so it’s normal and logical that we’re understanding each other better – not just with him, but as a team on the pitch.

“We’ve been playing together more time than last season, so it’s normal we’re playing good football and that’s what we want to do this season – improve again.”

Mata used his goal in last weekend’s 2-3 win over Southampton as an example pointing out that it took 45 passes before reaching him to score.

“Obviously if you’re losing you can’t do that all the time, because maybe you don’t score,” said Mata. “It depends on the situation.

“But that was a great example of how to manage a situation when you’re winning away. You don’t lose the ball and then you score the third goal.”

He also believes that Frenchman Anthony Martial’s ­explosive start to his Old Trafford career can help United to push for the title after having scored four goals while looking for more against Sunderland on Saturday.

“He doesn’t just bring goals to the team, he brings many more things. He knows how to play off team-mates, he knows how to run in behind, how to head, and he’s quick and can run deep.

“He’s a very talented young player who is having a great moment. I’d watched him play, but not a lot – a few games with Monaco.

“He did what he did at 19 and that’s difficult, because if you come from France to England, you would normally need time to settle down.

“Then there’s his age, but he’s doing great.

“A striker needs confidence and to score in your first game – and then score four in four games – will have a big impact on his ­confidence and for the team.

“He’s been doing very well until now. I just hope he can do this sort of thing a lot of times because he could be very important for us.”