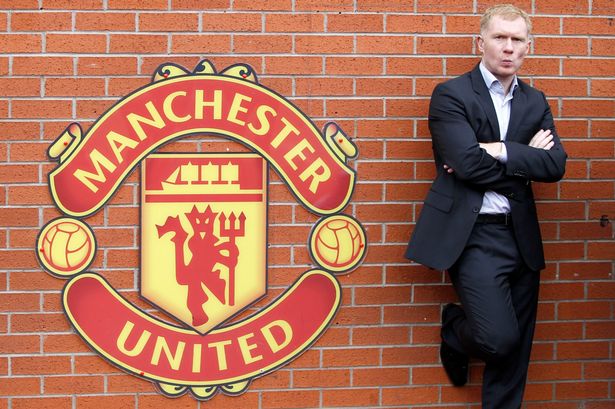 Manchester United midfield legend Paul Scholes would like to return to his former club and help sort out the mess manager Louis van Gaal has created according to the Manchester Evening News, who also point out that Scholes is too proud to approach the team and ask for a coaching role at the club.

Former United players and old teammates of the now 41-year-old have been openly talking of how such a prolific player such as Scholes can be overlooked for a position that would suit him so well.

The belief is that given to opportunity to return to Old Trafford, Scholes would give up working for BT Sport and ITV as a football pundit.

The famed member of the class of 92 has been an outspoken critic of current manager Louis van Gaal, blasting the Dutchman every chance he gets over the teams negative style of play.

What Scholes would like to see is the return of all out attacking football that was synonymous during the reign of Sir Alex Ferguson.

Scholes would also be embraced by the fans at Old Trafford, who have vocally shown their distaste for the tactics van Gaal is trying to implement at the Theatre of Dreams.

Sources close to the club claim that they are baffled as to why United is not embracing Scholes as a way of helping to keep fans connected to the roots of the club, and what being a follower of Manchester United stands for.

Considering that Ryan Giggs is the assistant manager and Nicky Butt is the newly appointed head of the clubs academy Scholes’ absence from the set-up is conspicuous.

Meanwhile so long as LVG is in charge there is no chance that Scholes will be brought back into the fold, but should the Dutchman depart for early retirement, the hierarchy at Old Trafford would do themselves a huge favour if they reached out and offered Scholes the coaching job he so dearly wants.