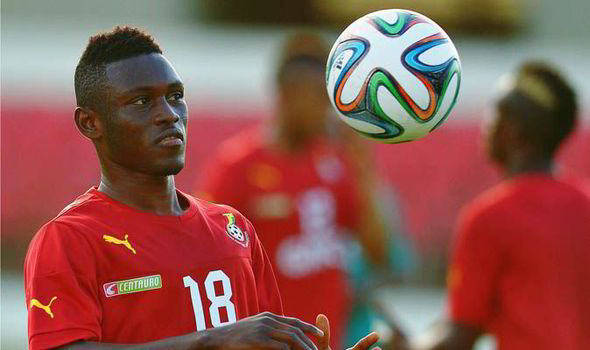 United’s assistant manager Ryan Giggs is believed to have personally scouted the forward during a recent Europa League match that has the Turkish club now speaking about the Red Devils interest in their player.

‘We have not have any direct offers however, we know Manchester United are scouting Waris and keeping close tabs on him,’ chief executive Burak Gurdal is quoted as saying in the Turkish press.

‘Not just Waris, we have a few players who are being closely watched.

‘We only signed Waris two months ago and are not interested in selling right now, but you never know what will happen in the future.’

Waris joined the Turkish side from Spartak Moscow in the summer, but has so far failed to score in nine appearances for his new club including the Europa League game against Lokeren that was attended by Giggs.

The players agent says he was unaware that United sent Giggs to scout his player, but was not surprised by the Premiership clubs interest saying: ‘I wasn’t aware of Manchester United travelling to the Europa League fixture – but Premier League interest does not surprise me.’