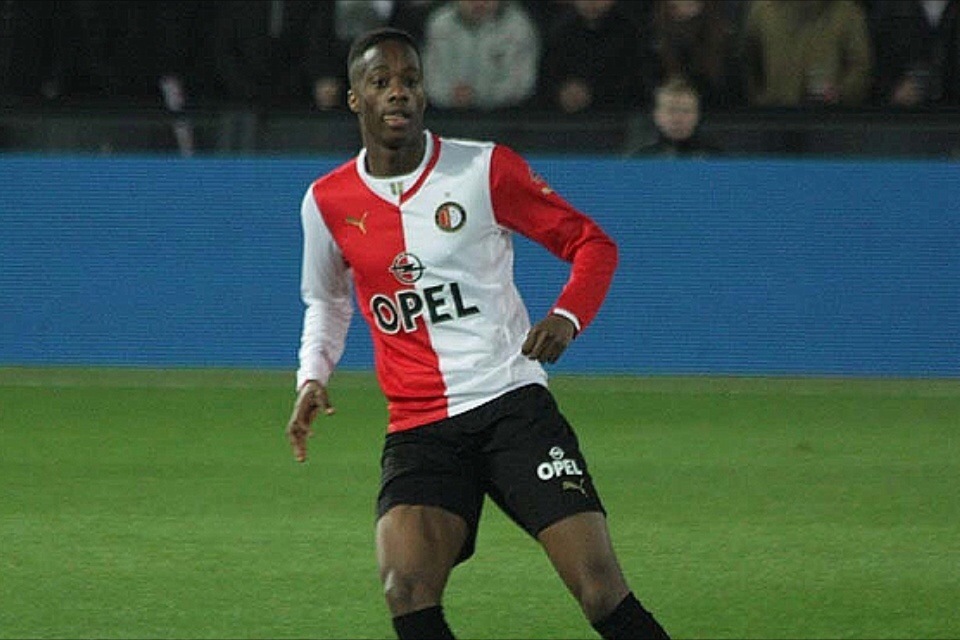 The two big Northwest giants are set to do battle over the signature of Feyenoord defender Terence Kongolo.

The young Dutch defender can play at both centre -back and at right-back and is well known to United manager Louis van Gaal, who while coach of the Netherlands called him up to play for the World Cup squad.

His 16-year-old brother Rodney however has already quit Feyenoord to join the Manchester City academy in his desire to play for the Premier League champions.

City will be hoping that having Terence Kongolo’s brother playing for them will entice the Dutch star to move to the Etihad rather than to Old Trafford.

Manchester United meanwhile are hoping to sign the 20-year-old in January for £3 million and then immediately loan him back to Feyenoord where he will be allowed to play out the rest of the season.

Defensive reinforcements must now be a priority for Manchester United moving forward as van Gaal has seen the club concede 14 goals this season which would have been even higher except for the brilliance of goalkeeper David De Gea.