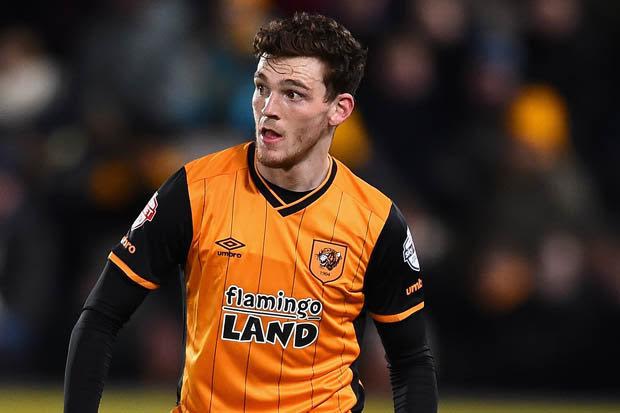 Still not happy with Marcus Rojo in the United defence partly due to the fact the Argentinean spends more time off the pitch than on it, current manager Louis van Gaal has instructed his scouts to find a quality left-back that he can sign for United.

Now despite having scoured the world, it would appear as though a quality target is close to home in the form of Hull City defender Andrew Robertson according to the Daily Star.

The Red Devils had a look at the 21-year-old Scottish international after losing Luke Shaw to a broken leg yet refused to make a move believing that they had enough cover in the side. Now however due to a large influx of injuries van Gaal realizes he needs more cover at the back and sent his scouts to look at Robertson again during the Tigers recent game against Brighton.

Hull signed Robertson from Dundee United two years ago for £2.85 million on a three-year contract, and while United may feel as though they can pick him up on the cheap, Arsenal boss Arsene Wenger is looking at the Glasgow born defender as a replacement for Spaniard Nacho Monreal.