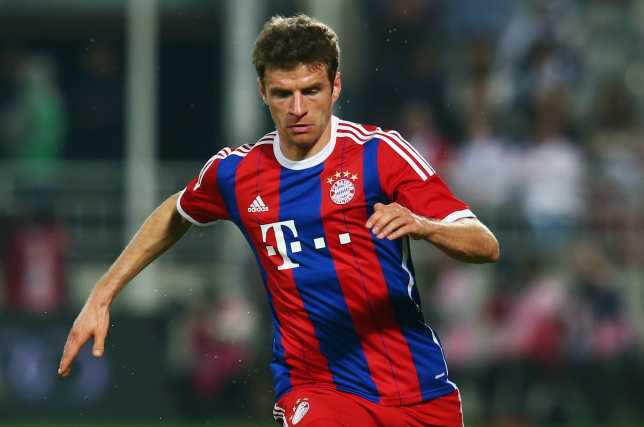 After having identified Barcelona winger Pedro as the idea replacement for Angel Di Maria, Manchester United can only blame themselves for not being able to bring the Spanish international World Cup winner to Old Trafford.

The facts are that the club had plenty of time to seal a deal, but dilly-dallied over the price Barcelona were asking that allowed Chelsea to swoop in at the last minute and now take what would have been a prized asset for the Red devils to a club that will be competing with United for the Premiership title.

In fact you can almost hear now what Mourinho will say at his press conference when asked about beating LVG to the 28-year-old, with the Blues boss saying “If you snooze you lose”.

According to the Daily Star Manchester United is going to offer Bayern Munich striker Thomas Muller £1 million a month to vacate the Allianz Arena for Old Trafford, while offering the German giants £59.8 million for the 25-yerar-old striker.

Dutch manager Louis van Gaal was predicted to spend upwards of £150 million this summer to make United the team to beat, but so far regarding his latest transfer moves it is turning into a fiasco losing Pedro to Chelsea, and now Nicolas Otamendi to Manchester City while getting involved in the Sergio Ramos game to get himself a better contract with Real Madrid, and being stuck with a goalkeeper who he could have sold, only now to see him walk away for nothing next summer.

A deal for Muller would pull the Dutchman out of the hole he has dug for himself, but only has less than two weeks to make it a reality