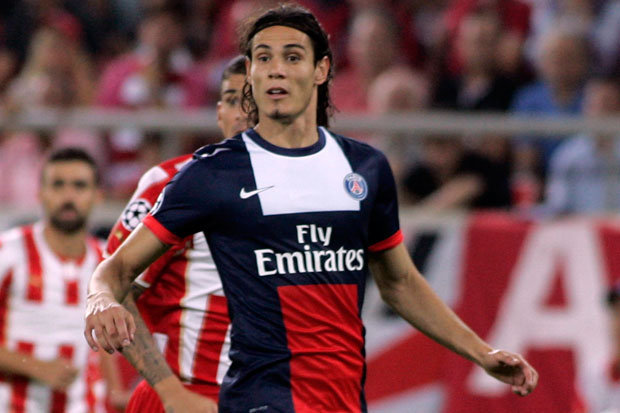 The Uruguayans future at the Parc des Princes has been in question for some time with the having fallen out with trainer Laurent Blanc while at the same time being few up with being played out of position to accommodate Zlatan Ibrahimovic.

Both United and Juventus were said to be preparing bids for Cavani, but now Juventus has pulled out after deciding they did not want to pay his £5.75m-a-year salary demands according to Italian website Sportmediaset.

United however will have no problem giving Cavani what he wants as their wage bill will be lowered by £265,000 per-week when Radamel Falcao returns to his parent club Monaco.

With Falcao no longer available and Robin van Persie also looking as though his days at Old Trafford are numbered, Cavani is exactly the type of striker the Red Devils need to increase their goal tally.

All you have to do is look at the figures the Uruguayan hit-man put in at Napoli and you can see that when played in his preferred centre-forward position he can be deadly.