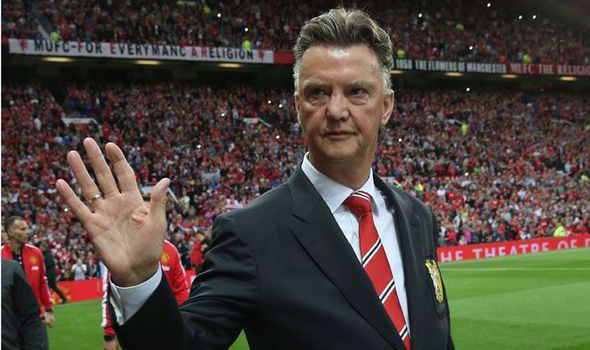 Despite the fact that new manager Louis van Gaal managed to secure a fourth place finish last season and Champions League football, the former Aston Villa and Liverpool player believes the Dutchman still has a ways to go before United can challenge for the title insisting that LVG’s squad does not yet possess the quality found at Manchester City, Arsenal or Chelsea.

He told the Daily Mirror: “I would love to list Manchester United as realistic title challengers. But Chelsea, Man City and Arsenal all have settled first XIs to take into the crucial first 10 matches of the season.

“Can Louis van Gaal say that? Forward Memphis Depay excites me, and Morgan Schneiderlin and Bastian Schweinsteiger add much-needed variety to a non-existent midfield, but can United trade punch for punch with their three other rivals? I don’t think so.”