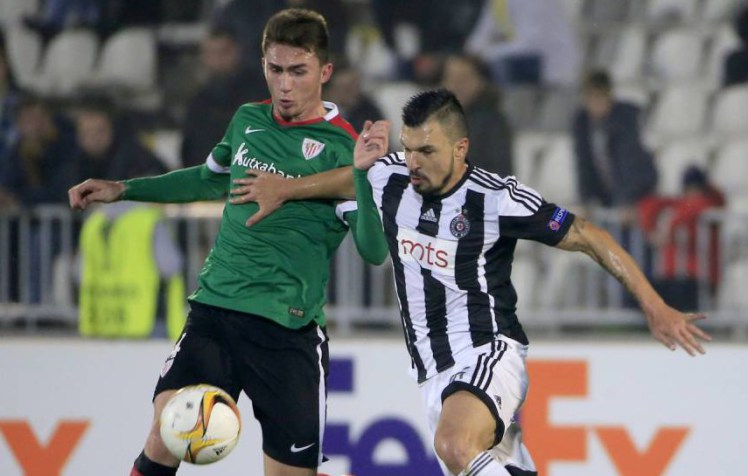 Manchester United has been told by La Liga side Athletic Bilbao that they have the green light to sign French defender Aymeric Laporte during the January transfer window, but they must pay £35 million for the deal to be approved.

The 21-year-old centre-back has been linked in the past with a move to Old Trafford, but with Barcelona sitting on a pile of cash following their transfer ban and known to be a fan of the French international as well the Red devils could face a stiff challenge.

According to Spanish newspaper El Correo, Bilbao has been in touch with United to let Louis van Gaal know that the defender will be made available just so long as Manchester United agrees to meet his £35 million release clause.

This could be a good signing for United, so we will now have to wait and see if LVG and Ed Woodward except the Basque clubs valuation of a player regarded as one of the best defenders of his generation.